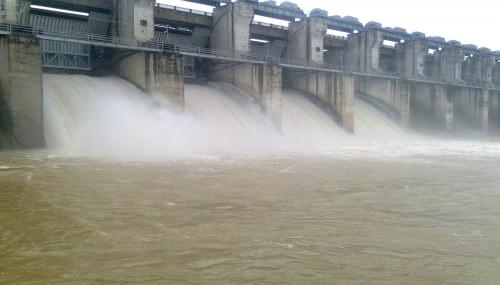 Gallery
Home explore from - to - Dhamatari

Dhamtari is in the fertile plains of Chhattisgarh. The district's total area is 2,029 square kilometres (783 sq mi), and it is about 317 meters (1,040 feet) above sea level. It is bordered by the Raipur District to the north, the Kanker and Bastar Districts to the south, the State of Orissa to the east and the Durg and Kankar Districts to the west.

The fertility of the land in the Dhamtari District is due to the Mahanadi River and its tributaries (Sendur, Pairy, Sondur, Joan, Kharun, and Shivnath).dhamtari is situated 65km from capital Raipur.

Dhamtari is known for its traditional folk culture. Among the district's points of interest is the Ravishankar Water Dam (also known as the Gangrel Dam), noted for its sunsets.

The dam attracts tourists from Chhattisgarh and other states, especially when it overflows during the monsoon. The Sitanadi Wildlife Sanctuary, a popular tourist attraction, is a tiger reserve.