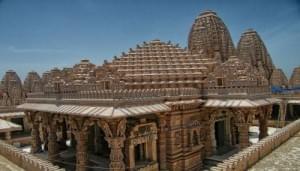 Gallery
Home explore from - to - Basti

Basti is a town and was originally known as a village. The origin of the name Vaishishthi is attributed to the fact that this area was the Ashram of Rishi Vashistha in ancient period. Lord rama with his younger brother laxman had been here for some time with rishi vasistha.

It is believed that the entire region around Basti was once part of Kosala, which was one of the countries of the Vedic Aryans. Kosala was ruled by Lord Rama, who was succeeded by his elder son Kush, Luv was crowned as the ruler of the northern part of the kingdom, with its capital at Shravasti.

This district played a key role during the Indian struggle of 1857. By 1865, it became a tehsil headquarter of a newly established district in the state of Uttar Pradesh.