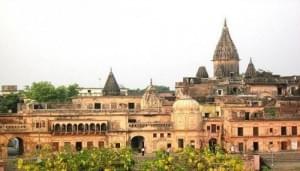 Gallery
Home explore from - to - Ayodhya

Ayodhya also known as Saket, is an ancient city of India, believed to be the birthplace of Rama and setting of the epic Ramayana. Ayodhya used to be the capital of the ancient Kosala Kingdom.

According to one derivation, "Ayodhya" is said to derive from the name of King "Ayudh", mentioned in Hindu scriptures as a forefather of Lord Rama

Owing to the belief as the birthplace of Rama, Ayodhya has been regarded as one of the seven most important pilgrimage sites (Saptapuri) for Hindus. It is believed that the birthplace of Rama was marked by a temple, which was demolished by the orders of the Mughal emperor Babur and a mosque erected in its place.

Ayodhya is on the right bank of the river Sarayu, 8km from Faizabad. This town is closely associated with Rama, seventh incarnation of Vishnu. According to the Ramayana, the city is 9,000 years old and was founded by Manu, the first man in the Vedas, and law-giver of the Hindus. Other sources hold that it was founded by its namesake, King Ayudh.