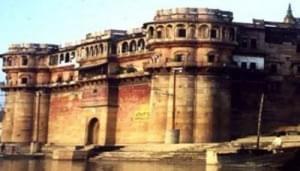 Gallery
Home explore from - to - Allahabad

Formerly known as Prayag, Allahabad is situated on an island peninsula. Located in the southern part of Uttar Pradesh, the beautiful city stands at the confluence of three holy rivers -- Ganga, Yamuna and Saraswati.

According to Hindu mythology, the land was chosen by Lord Brahma, the creator, for 'Prakrishta Yajna'. Since then, the city was known as 'Prayag' and was believed to be blessed by gods. Foreseeing the sanctity of Allahabad, the place was named as 'Tirth Raj' by Lord Brahma, which means King of all Pilgrimage Centres. Besides being a major pilgrimage centre, the city also holds an important position in the formation of modern India.

Synonymous to Sangam, Allahabad is one of the holy cities of Uttar Pradesh, where the Maha Kumbha takes place once in 12 years. Magh Mela is held annually, apart from the years of Maha Kumbh and Ardh Kumbh.