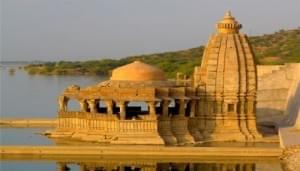 Gallery
Home explore from - to - Tonk

Tonk is one of the well renowned Districts of Rajasthan. The City of Tonk alos known as Nawabi Nagari 'Tonk' is famous not only in Rajasthan but also all over India for its historical importance. It is situated near the right bank of banas. Tonk was also the capital of the eponymous princely state of British India from 1817 to 1947.

Sunhari Kothi (Mansion of Gold) is a magnificent hall in the city of Tonk in the indian state of Rajasthan. The hall in within the old palace complex, whise walls and ceilings are one sumptuous expanse of enamel mirror-work, gilt and painted glass illuminated through stained-glass windows. The entire effect is that of an exquisite piece of enamel jewellery blown up to the size of a hall.

Situated 30 kilometers from Tonk- Sawai Madhopur Highway, the Hathi Bhata Tonk Rajasthan is one of the beautiful monuments in Rajasthan India. Carved out from a single stone this is a stone elephant which attracts tourists from all over to this place.