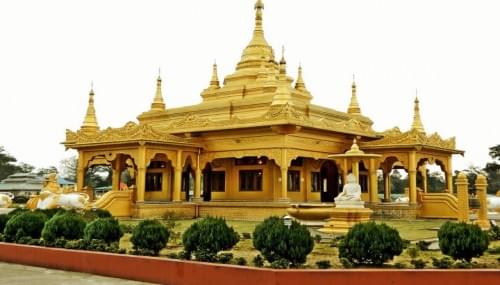 Gallery
Home explore from - to - Namsai

Namsai is the headquarter of Namsai district of Arunachal Pradesh but it is more famous for its history and its nature. There are several Hinayana Buddhist Viharas in the Khampti settlement area, locally called 'Chong.

The Chong of Namsai and Manmao are major centres of Theravada sect in the state. Namsai is also called the land of the Golden Pagoda. The town is located near the Nao-Dihing river and is full of rich vegetation.The population of Namsai comprises Singhpo,Mshmi, Meyor and Khampti tribes. Take some time out to visit the Namsai Reserve Forest.

The forest has both tropical and sub-tropical characteristics, which is typical of many parts of Arunachal,since the state has regions in the plains as well as at higher altitudes. The forest,with lush, dense vegetation and a wide variety of flora and fauna reflects the natural beauty and biodiversity of the Piyong Reserve forest.

Though agriculture is the major preoccupation of the tribes here, the township got a major boost when a 660.37 m bridge was opened in March 2002. Situated 75 km from Tinsukia town, the major railway station , Namsai is fast developing as a township.It is fast becoming a rich convergence of tribal and modern life. For a tourist this place is serene, but has all the basic utilities.