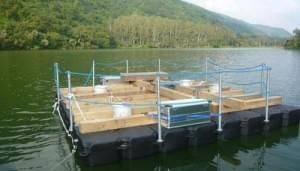 Gallery
Home explore from - to - Barog

Barog is a small village in the Solan district of the state of Himachal Pradesh. Situated at a height of 6000ft(1829 metres) from sea level, this hill station earns the distinction of being the only registered camping site in the country, where overnight camping by tourists is allowed.

Located 60 kms from Chandigarh on Kalka-Shimla highway, it is a popular stopover for tourists en route Shimla. Barog offers magnificent views around the hill station and lets you soak in a panoramic experience that'll definitely leave you with some beautiful memories.

The best time to visit Barog is from March- October with lush green surroundings calling you to spend some time in this small hill station.

Barog's settlement came as a part of the construction of the world heritage Kalka-Shimla railway! Incidentally, it gets the name from the engineer, Colonel Barog who was called on to construct the railway track in 1903. The Barog tunnel is also known to be one of the straightest tunnels around the World.

A beautiful place, it also serves as conditioning camp for the national hockey team as well as other athletic teams.