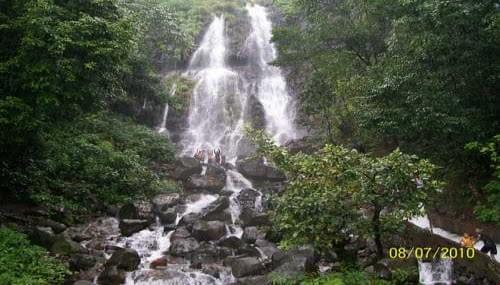 Gallery
Home explore from - to - Amboli

Amboli is a hill station with an altitude of about 700 m in the south of Maharashtra. Amboli came into existence during the British rule as it was used as a staging post along the road from Vengurla port to the city of Belgaum. The purpose of the post was to supply garrison to south and central India. This place came to be known as a hill station since then.

Amboli ghat in this region is also a famous mountain pass and is one of the beautiful ghats of the Sahyadri mountain range. It is one of the major tourist attractions in Maharashtra. Amboli is located in the Sindhudurg district of Maharashtra. It lies in the Sahyadri hills in western India; one of the “Eco Hotspots” of the world. The ghat receives very heavy rainfall and is surrounded by thick forest, thus resulting in a beautiful and natural landscape in monsoon.

It is also one of the wettest places in Maharashtra. Amboli is a hill station that can be visited in summers too, except for the month of May.

However, monsoon and winters are the best time to visit this place as the climate is very pleasant here. During this time the canopy of the forest with a cool refreshing air makes this place a paradise for tourists.

Amboli is very well connected by air, road, and the railways. Amboli is in proximity to Goa, Sawantwadi, and Belgaum. The major cities from Amboli are Kolhapur (128 km), Panjim (90 km), Belgaum (68 km). The roads are also very well connected to Mumbai (550 km) and Pune (400 km).

This place serves as a great weekend destination. Being in an eco hotspot region Amboli has an abundance of flora and fauna and houses a number of waterfalls in monsoon. The famous one is the Amboli ghat waterfall, along with Nangartas waterfalls, Mahadev falls and the Nagata falls. The most beautiful waterfall in the area is the BABA falls offering a spectacular view of 7 cascading falls in a row.

The origin of the river Hiranyakeshi lies in the hills around the village. The Hiranyakesheswar Shiva temple is also a major tourist attraction. A legend says that there are 108 Shiva temples near Amboli, out of which only a dozen are discovered. Other major tourist attractions of Amboli include the Amboli sunset point, Shirgaonkar point, Kavalshed point and Parikshit point.

All these points offer a panoramic confluence of the Arabain sea and the Konkan coast and the surrounding valleys. Cool Amboli and Mahadev gad, which was built by Annasaheb Fond Sawant are also amongst the major tourist attractions.