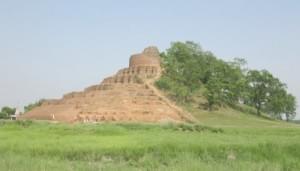 Yamuna Nagar is located south-east of the state capital Chandigarh. This town is known for the cluster of plywood units. It is also known for providing the country's finest timber to even larger industries.

Yamuna Nagar has the river Yamuna running through the district, and forming the eastern boundary with the neighbouring Saharanpur district. The district also separates the Yamuna system from the Satluj river system.Towards its northern edge is a sub-mountainous region, which has more forest cover and lots of streams; it is the area where the river Yamuna flows out of the hills and into the plains.

The northern boundary is also an interstate boundary with the state of Himachal Pradesh to the north. Sirmour in Himachal is the district to its north with the towns of Nahan and Poanta Sahib close to the boundary with Yamuna nagar.