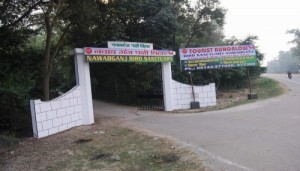 Gallery
Home explore from - to - Unnao

The town of Unnao gives its name to the district of which it forms a part. About 1200 years ago, the site of this town was covered with extensive forests. Prashan Singh Chauhan, cleared the forests, probably in the third quarter of the 12th century, and founded a town called Sawai Godo, which shortly afterwards passed into the hands of the rulers of the Kannauj, who appointed Khande Singh as the Governor of the place.

Unnao lies in the great plains of the Ganges and hence the land is highly fertile. The soil is mostly alluvial. The Ganges separates Unnao from Kanpur district.