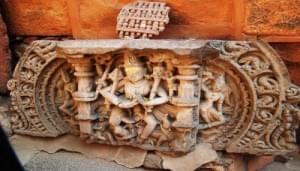 Gallery
Home explore from - to - Ujjain

Ujjain is located in the west-central part of India, and is north of the upper limit of the Vindhya mountain ranges. Located on the Malwa plateau, it is higher than the north Indian plains and the land rises towards the Vindhya Range to the south.

It was the capital of the ancient Avanti kingdom, one of the sixteen mahajanapadas. It remained an important political, commercial and cultural centre of central India until early 19th centur.

Since ancient times the basic reference of Hindu panchang time, namely the prime meridian passes through Ujjain. For this reason it was an important referral point on the earth for the ancient astronomers. According to Mahabharata and other Puranas (Skand purana) the Ujjain city came into existence some 3000 years ago.