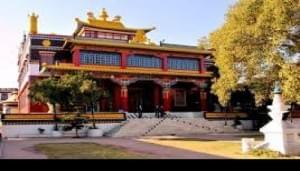 Gallery
Home explore from - to - Solan

Solan is a city situated in Himachal Pradesh. It is often referred to as the ‘Mushroom city of India’ because of the mushroom farming which is prevalent here.

Solan derives its name from Goddess Shoolini Devi who is the main deity of the region.

Solan also has mythological significance. It is believed that the cave near the top of Mount Karol is the cave where the Pandavas of the Mahabharata resided during their exile.

The town has historical significance too. It was here that the Irish Mutiny of 1920 against the British Army took place. Irish soldiers revolted following a similar sentiment back home. The mutiny was however crushed by the British with the killing of two Irish soldiers while many others were sent to jail.