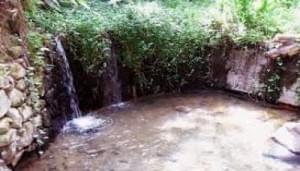 Gallery
Home explore from - to - Sohna

City of Sohna is a popular tourist location, especially as a weekend and conference retreat. It is located 24 km from the city on the highway from Gurgaon to Alwar. It is famous for its hot springs and ancient Shiva temple. Situated in the foothills of Aravalis.

A fair Called Gangasnan is organised every year in the month of November. Another fair is organised during the months of July and August to celebrate the festival of  Teej. Other attractions include a grand park situated on the top of hills and maintained by Haryana Tourism. It has state of the art lodging, and a restaurant overlooking the town.

Damdama lake is known for its boating and picturesque landscape.

According to legend, Arjun (one of the five Pandav brothers) dug these wells when he was thirsty. In ancient times, Sohna is believed to have been the abode of hermits and the main kund , called Shiv Kund which is said to have medicinal properties and curative effects. Devotees consider it sacred and during solar and lunar eclipses, they gather here to take dip in the water.