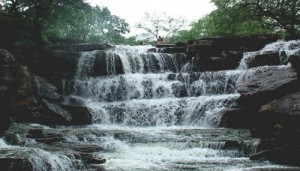 Gallery
Home explore from - to - Shivpuri

Shivpuri is an ancient town and a sacred place, it was formerly known as Sipri. It received its current name after independence in honor of the God Shiva.

It is steeped in the royal legacy of its past, when it was the summer capital of the Scindia rulers of Gwalior. Earlier to that, Shivpuri's dense forests were the hunting grounds of the Mughal emperors. Emperor Akbar captured herds of elephants for his stables.

The thick forests are still there and continue to be a source of forest-produce for domestic and industrial use. George Castle was built in 1911 by the Scindia ruler Jiyaji Rao Scindia within the National Park at its highest point, for an overnight halt for tiger shooting.

View of the lake and downhill surroundings from this point at the sunset is unique.