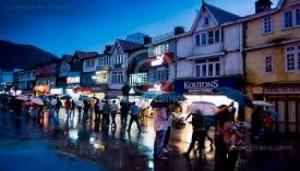 Gallery
Home explore from - to - Shimla

Shimla is named after a Hindu goddess, Shyamala Devi, an incarnation of Goddess Kali. The altar at Jakhoo Hill was initially shifted by the British to the place known as Kali Bari Temple at present. The hill station is enveloped by seven hills that include Jakhoo Hill, Bantony Hill, Prospect Hill, Summer Hill, Observatory Hill, Invererarm Hill and Elysium Hill, and is rightly known as the “Queen of Hill Stations”.

The historic Hindustan Tibet Road was commissioned in 1850 commencing from Kalka to Shimla and thereafter to the Chinese ruled territory, Tibet. In 1864, the town of Shimla was declared as the summer capital of the British Empire in India. Another red-lettered event in the history of the town was when the foundation stone for the Kalka-Shimla railway line was laid here in 1903.

Throughout the years, Shimla has retained its charm by providing many activities for the tourists. Trekking in Shimla is a must. The ideal time for trekking is between the months of March and August when Shimla is a little warm.