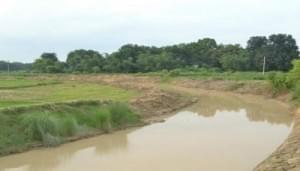 Gallery
Home explore from - to - Pratapgarh

The district is named after its headquarters town Bela Pratapgarh, commonly known as Pratapgarh. Raja Pratap Singh, a local raja between 1628–1682, located his headquarters at Rampur near the old town of Aror. There he built a garh (fort) and called it Pratapgarh after himself.

Subsequently, the area around the fort became known as Pratapgarh. When the district was constituted in 1858, its headquarters was established at Bela, which came to be known as Bela Pratapgarh, the name Bela presumably being derived from the temple of Bela Bhawani on the bank of river Sai. It is popularly known as "Bela Mai" – meaning mother goddess Bela.

Sai and the Ganges are the main rivers flowing through Pratapgarh district. Pratapgarh It is bounded on the north by the district of Sultanpur, on the south by Allahabad, on the east by Jaunpur, on the west by Fatehpur and north-west by Rae Bareli.