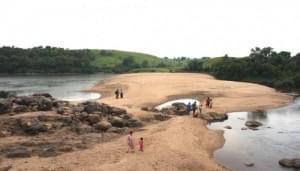 Gallery
Home explore from - to - Nongstoin

Nongstoin is located at an average elevation of 1409 metres. It serves as the headquarters of West Khasi Hills district of Meghalaya. Shad Suk Mynsiem is the main festival celebrated by the locals of the region. Most of the people inhabiting the region are engaged in agriculture and allied activities.

Pope Benedict XVI constructed a diocese in Nongstoin in January 2006, which was called as Roman Catholic Diocese of Nongstoin. Spread over an area of 5, 247 sq. km, this diocese covers the entire West Khasi Hills district. Nongstoin is also home to the first saw mill of Meghalaya, which was later closed on the orders of Supreme Court.


Nongstoin is connected to most of the places in Meghalaya, including Shillong and Guwahati, by Meghalaya Road Transport buses.

The best time to visit the destination is from June to December.