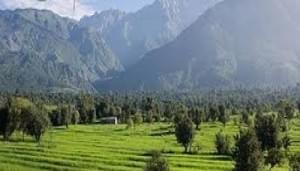 Gallery
Home explore from - to - Narkanda

Narkanda began to rise after the construction of the Hindustan-Tibet Road in 1850. The road was constructed on the orders of the British Governor General to create trade ties with Tibet. As Narkanda was located on the highest point on this road between Shimla and the river valley of the Satluj, the town flourished. Secondly, it was due to the sudden rise in apple production in Kotgarh-Thanedar belt at a few kilometres from Narkanda that this hilly terrain grew strong economically.

The main attraction of the town is skiing, which is organised by Himachal Pradesh Tourism Development Corporation from December through March.

During the winter season, which lasts from October through March.