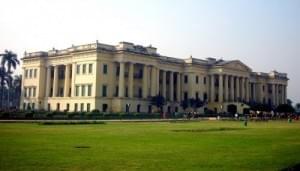 Gallery
Home explore from - to - Murshidabad

Located on the bank of River Bhagirathi, Murshidabad is an ancient city in West Bengal. It is believed that the city was on its height of glory before the British rulers shifted the capital to Kolkata. The town still bears memories of Nawabs that once ruled here and contributed in the city’s beauty by building mosques, tombs, and gardens. They even set up industries of ivory, gold and silver embroidery and silk weaving. Murshidabad today is a center for agriculture, handicrafts, and agriculture.

The city is famous for its historical reminiscences & the famous Murshidabad Silk. This city is situated on the banks of the Bhagirathi River.

The most visited place of Murshidabad is Hazar Duari Palace which means ‘A Palace of 1000 doors’. This palace really has 1000 doors according to its name, among which 100 are fake. It has a European style of architecture which was constructed by Duncan Mcleod on the orders of Humayun Jah in 1837. This palace is now transformed into a museum.

This is regarded as the biggest site museum of the Archaeological Survey of India. Tourists can see valuable company miniature paintings, paintings by various Italian, Dutch & French artists. They can also see weapons, miniature statues, old maps, manuscripts, etc there.

Local and express trains are available from Sealdah, Howrah and Kolkata Stations.

There is no direct bus between Kolkata and Murshidabad. But you can opt for self-drive to reach Murshidabad which will be a great weekend tourist destination.

Murshidabad's hot and humid through most of the year, and the monsoon rains do little to relieve the sultriness of the place. The best time to visit is winter and spring- between October and March- when it's fairly pleasant and even slightly chilly at night.