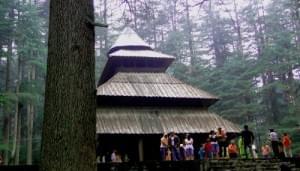 Gallery
Home explore from - to - Manali

Manali is a hill station in Himachal Pradesh which has become a tourist attraction in recent years.

Manali has been named after Brahmas’s appointed lawgiver Manu, who is said to have arrived in this region to begin the seventh cycle of creation and destruction. The region is also said to be the home of the seven great sages of the Hindu religion.

Manali is the beginning of an ancient trade route to Ladakh and from there over the Karakoram Pass on to Yarkand and Khotan in the Tarim Basin.