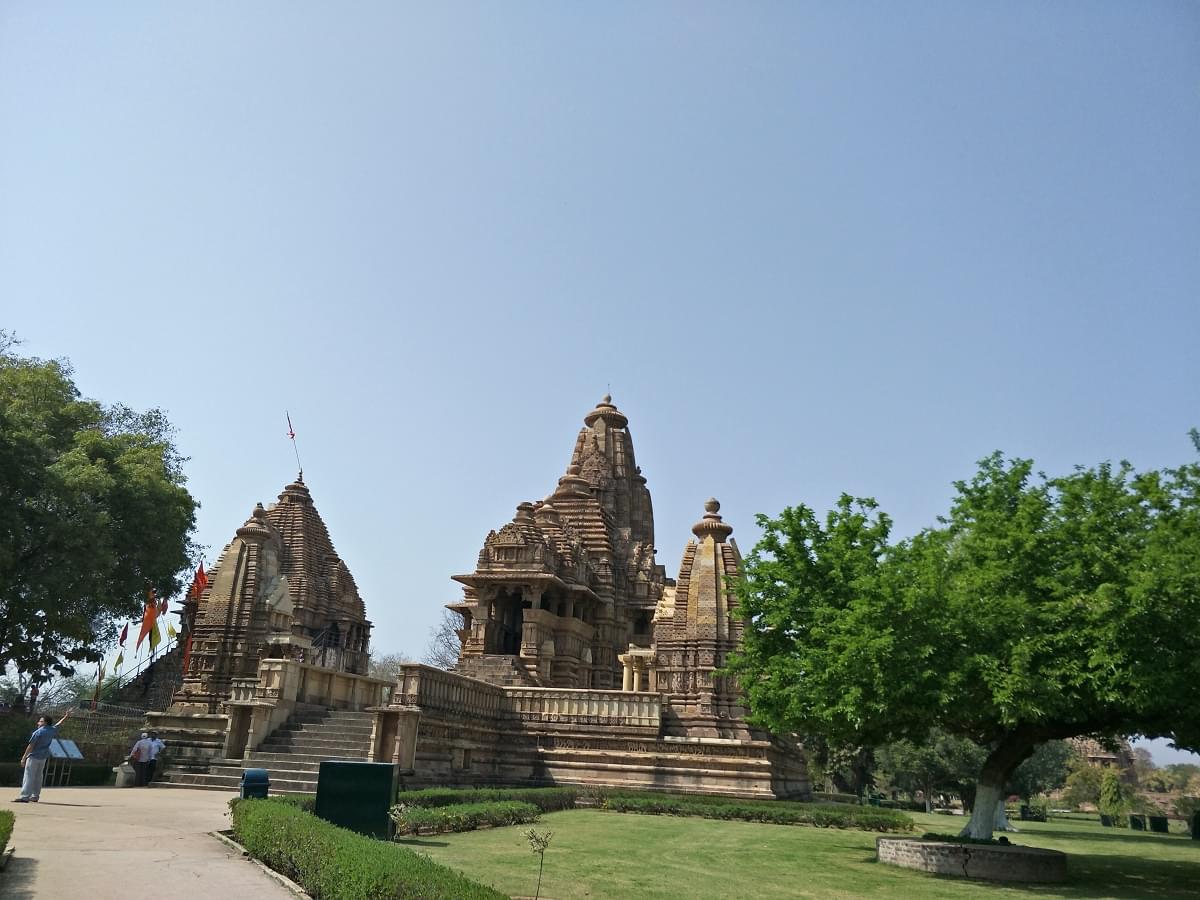 Gallery
Home explore from - to - Khajuraho

The name Khajuraho is derived from ancient Sanskrit kharjura, legends state that the temples had two golden date-palm trees as their gate.

The temples of Khajuraho are India's unique gift to the world, representing as they do, a paean to life, to love, to joy, perfect in execution and sublime in expression. Life, in every form and mood, has been captured in stone, testifying not only to the craftsman's artistry but also to the extraordinary breadth of vision of the Chandela Rajputs.

The Khajuraho group of monuments was built during the rule of the Rajput Chandela dynasty. The building activity started almost immediately after the rise of their power, throughout their kingdom to be later known as Bundelkhand. Most temples were built during the reigns of the Hindu kings Yashovarman and Dhanga. Yashovarman's legacy is best exhibited by Lakshmana temple. Vishvanatha temple best highlights King Dhanga's reign.The largest and currently most famous surviving temple is Kandariya Mahadeva built in the reign of King Ganda from 1017-1029 CE.

The temple inscriptions suggest many of the currently surviving temples were complete between 970 to 1030 CE, with further temples completed during the following decades.