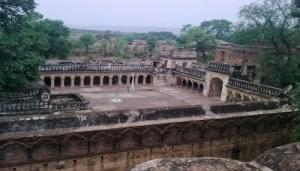 Gallery
Home explore from - to - Katni

Katni is a conglomeration of culture from three cultural states — Mahakausal, Bundelkhand, and Baghelkhand. There are three stories which may explain why Katni is called Mudwara.Katni junction has a half circular Mode (turn) from the wagon yard. So people call it “Mudwara”.Another story is that there was a village called Modwar that was given as a reward for the bravery of cutting Mud (heads).A similar story is that the British government used to cut the heads of baggies and plunderers, and hang them in squares to instill fear in the population and deter them from criminal activity.