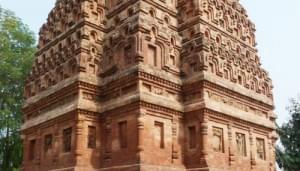 Gallery
Home explore from - to - Kanpur

Kanpur is located in the Oudh region of Uttar Pradesh. Situated on the banks of the Ganges, Kanpur attracts tourists all round the year. Kanpur is the largest city in Uttar Pradesh that has its own historical, religious and commercial significance. Though Kanpur primarily is an agricultural hub, it has also become a prominent industrial centre of India.

The history of Kanpur dates back to the period of the Mahabharata. Kanpur was a territory gifted to Karna by Suyodhana. The city was initially known by the name Karnapur 'the land of Karna'. Over the ages 'Karnapur was shortened to become Kanpur.

Kanpur has a well developed tourism industry as well owing to its rich historical and cultural past and the River Ganges. Some of the popular tourist destinations of Kanpur are Shri Radhakrishna Temple, Jain Glass Temple, Allen Forset Zoo, Moti Jheel Park and Gurudwara Banno Sahib. Among other places of interest are Jajmau, the Temple of Lord Hanumanji, Kamla Retreat, Panki, Nana Rao Park, Buddha Park, All Souls' Memorial Church, etc.

Kanpur experiences extreme climatic conditions. The best time to visit is from October through March, where it keeps off extreme winter and severe foggy days.

The other best time is during the festival of Holi, which is celebrated between February and March.