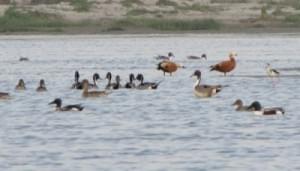 Gallery
Home explore from - to - Kannauj

The city's name is a modern form of the classical name Kanyakubja (city of the hunchbacked maidens). It was also known as Mahodaya. Kannauj is an ancient city, in earlier times the capital of the Empire of Harsha .It is known for the distilling of scents and is a market center for tobacco, perfume, and rose water.

Kannuaj remained a focal point for the three powerful dynasties, namely the Gurjara Pratiharas, Palas and Rashtrakutas, between the 8th and 10th centuries. The conflict between the three dynasties has been referred to as the Tripartite struggle by many historians. Chandradeva, founded the Gahadvala dynasty in Kanauj in 1090.