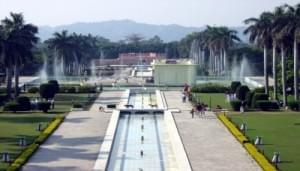 Gallery
Home explore from - to - Kalka

Nestled beautifully in the foothills of the Himalayas, Kalka is a mesmerizing city . It is the gateway to the beautiful state of Himachal Pradesh and lies on NH-22 between Chandigarh and Shimla. An awesome place to spend some quality time, Kalka promises peace, serenity and tranquillity to the tourists.

The town takes its name from Kalika maa the ruling deity.Kalka City Guide is incomplete without a mention of its rich heritage. The name of the town is derived from the Goddess Kali. Kalka is incredibly famous for its Kali Mata Temple and Shri Balaji Temple.  Industrial growth has led to a sustained urban belt from Pinjore to Parwanoo, but Kalka remains untouched by these developments and has retained its charisma.

Festivals in Kalka are celebrated with great enthusiasm and religious sentiments. They are extremely colourful and promote unity and feeling of brotherhood.Kalka is situated along a slope. This makes it somewhat difficult to commute on foot.