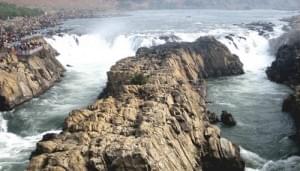 Gallery
Home explore from - to - Jabalpur

Jabalpur city is known and considered as Sanskardhani, a “Cultural Center Place”. Capital of the Gond Kings during the 12 century, Jabalpur was later the seat of the Kalchuri dynasty.

Jabalpur is evolving as a multi-culture and multi-religious city, gradually growing into a cosmopolitan area. The roots of the city yet are with its farming native people. Series of lakes, which, shaded by fine trees and bordered by fantastic crags add much beauty to the suburbs. Jabalpur city is located in the Mahakoshal region situated at the center of India in the state of Madhya-Pradesh.