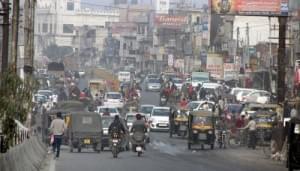 Gallery
Home explore from - to - Hoshiarpur

Hoshiarpur  was founded, according to tradition beliefs, during the early part of the fourth century.

It lies at the Foothills of Shivalik ranges on the Punjab - Himachal border on the Jalandhar - Kangra route.

Area around Hoshiarpur is visited for its Punjab countryside character and also known as City of mangoes.\