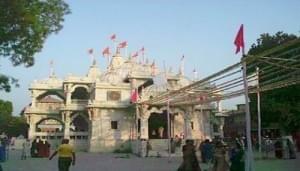 Gallery
Home explore from - to - Gonda

Gonda ,name of this town comes from the Sanskrit - Hindi word of Goshala, meaning cowshed. The cowsheds of the royal lineage of Ayodhya viz. Ikshavaku (Raghukul) of the Solar dynasty were located here. The territory covered by the present district of Gonda is a part of the ancient Kosala Kingdom.

Gonda played a significant role in the Indian struggle for independence. So many people from the region actively participated including Maharaja Devi Bakhsha Singh, who escaped later to Nepal.Revolutionaries like Chandra Shekhar Azad also took shelter here and one of his partymen Rajendra Lahiri was incarcerated and hanged in the Gonda Jail on 17 December 1927 in Kakori coonspiracy.