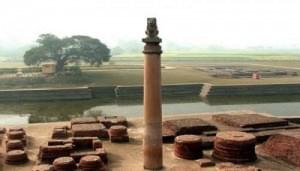 Gallery
Home explore from - to - Fatehabad

Fatehabad an ancient town was founded in 14th century by Firoz Shah Tughlaq, who named it after his son Fateh Khan. This area was also a part of the Nanda, Mauryan and Kushan empires. It is believed that Chandra Gupta Maurya was assisted by Agroha people from this region at the time of his war against Greeks.

During the Mughal regime, this area was considered as one of the most important Kingdoms. There is a beautiful mosque known as Humayun mosque at Fatehabad. It is believed that the Mughal emperor visited it when he was passing through the town after his defeat against Sher Shah Suri.

This well constructed fort town bears connection to the Harappan era too.