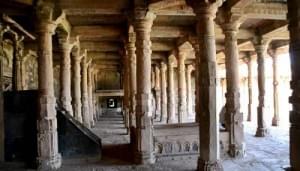 Gallery
Home explore from - to - Dhar

Dhar District has occupied an important place throught its epoch-ancient, medieval and morden.

Dhar, known as Dhar Nagari in ancient period and Piran Dhar in mediaeval period, has had the privilege of being of the capital city, both in the ancient and in the early mediaeval periods.  In the year 1305, A.D. the whole of Malwa passed into the hands of Al-ud-din Khalji when Dhar and Mandu were also captured. Dhar continued to be under Delhi Sultans until the reign of Muhammed II. At that time, Dilawar Khan Ghuri was the Governor of Malwa.