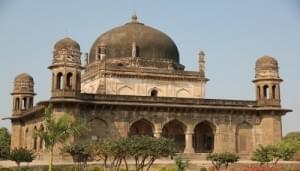 Gallery
Home explore from - to - Burhanpur

Burhanpur is a hidden jewel in the with Indian architecture. It is barely 20 kms from the Maharashtra border, its history is one of battle .Burhanpur got its name and fame during medieval time.

Burhanpur was founded in 1400 AD by the Faruqi king  Nasir Khan, on the northwestern banks of the river Tapti. Burhanpur became the capital of the Khandesh sultanate. Later, Miran Adil Khan II (reigned 1457–1501), another sultan of this dynasty built a citadel and a number of palaces in Burhanpur. During his long reign, Burhanpur was transformed to a major centre for trade and textile production.

Burhanpur remains a city of great architectural importance, but its fame rests largely as a pilgrimage for Bohra Muslims as well as for Sikhs.