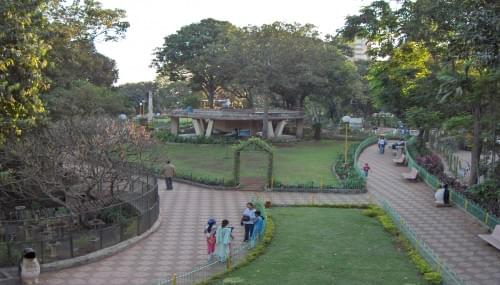 Gallery
Home explore from - to - Mumbai

Mumbai (formerly known as Bombay till 1995) is the capital city of Maharashtra.

The name Mumbai has been derived from the name of the patron goddess Mumbadevi of the native Koli community (fishermen by profession) and ‘ai’ in Marathi means Mother. However, there are debates over the source of this name. Some say that it is the name given by Portuguese (bom bain meaning good little bay), French (bonne bai – good bay), etc.

The government of Maharashtra changed its name to Mumbai as they felt that Bombay is the corrupted English version.

Mumbai is the 7th most populous city in the world and also the commercial capital of India. The city of Mumbai has been named nicknamed in various contexts – the city of seven islands, Bollywood gateway of India, city of dreams, skyscrapers city, a city that never sleeps, etc.

Though the origins of the settlement in Mumbai is not been traced properly, according to some evidence it is believed to be settled during the South Asian Stone age period. In the 3rd century BCE it was part of the Mauryan empire.

The city has been under the rule of many dynasties since the 2nd century BCE – Satvahanas, Western Satraps, Abhira, Vatakatakas, Kalchuris, Konkan Mauryas, Chalukyas, Rastrakutas, Shilharas, etc. In the later period, a number of people fought over the acquisition in this area like the Delhi sultanate, Gujrat sultanate, Bahamani sultanate, Mughals, Portuguese, Dutch, Marathas, and the English.

After the opening of the Suez canal, Mumbai became one of the largest and busiest seaports of the country. The initial years after independence were a little tough because of the communal riots and the underworld, but the condition of the city has changed tremendously over the years. From being an ancient fishing settlement and a colonial trade center the city is now a global financial hub, south Asia’s largest city, and the home to the world’s most prolific film industry.

Mumbai is a narrow peninsular land to the south of Salsette islands, and lies between the Arabian Sea to the west, Thane creek to the east and the Vasai creek to the north. The city of Mumbai is very well connected by roadways, railways, airways, and the waterways.

The climate in Mumbai is very humid throughout the year. There is heavy rainfall during the monsoons.

The best time to visit Mumbai is from October to February.

Mumbai is a cosmopolitan town and therefore there is a lot of diversity in its culture. Almost all festivals are celebrated here in great pomp like Dusshera, Diwali, Ganesh Chaturthi (not to be missed), Navaratri, Parsi New year, Id, Good Friday, etc.

The street food of Mumbai is very popular – Vada pav, Pav bhaji, Dabeli, Sandwiches, Chaat, etc. One will find good restaurants, outlets, bakeries, and hotels of all different Indian cuisines all over Mumbai.

From very popular religious places to historical monuments, museums, promenades by the sea, amalgamation of many kinds of architectural and modern buildings, gardens, libraries, best educational institutes, shopping hubs, beaches, popular hotel chains, theatres and a beautiful skyline, Mumbai has it all.