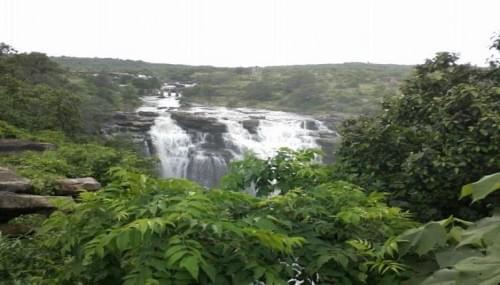 Gallery
Home explore from - to - Sasaram

Sasaram or Sahsaram is a small town situated in the Rohtas district of Bihar. Sasaram is a popular tourist destination owing to its historical significance.

The name ‘Sasaram’ is traditionally believed to be originated from the names of the legendary King Kartavirya Sahasrarjuna and sage Parashurama (Sahasrarjuna-pura or Sahsaram). Sasaram is famous for the Samrat Ashoka Pillar which is in a cave of Kaimur hill that can be approximately dated back to 269 BC – 250 BC.

The Rohtaas Fort of Sasaram was later taken over by Sher Shah Suri. Sher Shah Suri was a famous Afghan King who ruled over Delhi from 1540 – 1545 AD, after defeating the Mughal Emperor Humayun.  Sher Shah Suri, though born in Narnaul, spent his childhood in Sasaram.

During the earlier part of the 16th century, Sher Shah Suri made Sarsaram an important trade centre as well as a successful administrative unit under the Sharqi kingdom of Jaunpur. Many monuments were built in Sasaram during the regime of Sher Shah which still exist as remnants of the bygone era.

Sasaram is also the birthplace of Haji Begum, Jhansi ki Rani of Bihar, who fought against the British.