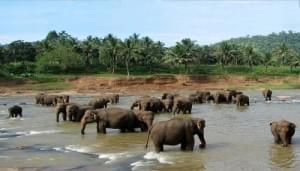 Gallery
Home explore from - to - Phulbani

Phulbani is the administrative headquarters of Kandhamal district. It is named after the lady 'Phulardei' who was sacrificed by the local inhabitants as an act of religious ritual to Mother Earth (MERIA). It is located 211 km from Bhubaneswar, the capital of Orissa and 165 km from Berhampur, the major city of South Orissa. Nearest railway station is Rairakhol around 100 km from here. The region around Phulbani has a variety of flora and fauna. It is a place surrounded by hills and has a lot of small and big waterfalls around it. Katramal Waterfall, the most spectacular of the lot is situated at a distance of about 31 km from Phulbani Phulbani once associated with its virgin forests and peaceful tribal people. Major landmarks in Phulbani are Lord Jagannnath Temple, Madikunda Chaka, Govt. College, FCI, Stadium, Govt. Hospital (Medical), Collecterate office and Gopabandhu field (Coronation ground) for hosting annual events. Phulbani also has a Barrack for Orissa Reserve Police near river salunki.In 2012 there was a speculation of phulbani town name being changed to Boudh-kandhamal and that was even confirmed by district administrative magistrate. The best time to visit the destination is from October to March.