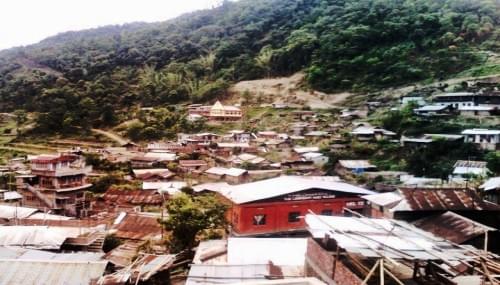 Gallery
Home explore from - to - Phek

The district of Phek covers a geographical area of 2026 sq km. About 70% of the region is covered with dense forest and is known to be rich in flora and fauna. The highest mountain range of Phek is Zanibu, which is 800 ft above sea level.

Phek  district derived its name from the word 'Phekrekedze' which means ‘a watch tower’. This region is mostly inhabited by tribal population, where Chakhesang and Pochury form the majority of the population like in other regions of Nagaland.

Phek is known for its rich culture and tradition. The folk songs and dances are very popular. This place is famous for expert craftsmen who excel in making baskets, pots, sculptures and furniture.

People of Phek earn their livelihood from horticulture, fishery, weaving, wood carving and products made of bamboo. Some of the main festivals of Phek are Khuthonye, Thurinye, Turhinye, Tukhanye and Sukhrunye.