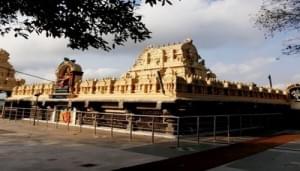 Gallery
Home explore from - to - Pehowa

In Pehowa two inscriptions dated ninth Century A.D. were found , which mentions that the place was controlled by Mahendrapala, of Kanauj and a Vishnu temple was constructed at this place by Tomara family, but such historic temple is not found in present day Pehowa.

Pehowa is considered religious place of high importance and to highlight the sanctity of the place, Haryana State Government has banned sale, possession, consumption and purchase of non-vegetarian food in the town limits. Slaughtering of animals is also banned in the town through the court orders.The town is considered sacred to Ahirs, Hindus and Sikhs it is understood that after the battle of mahabharata, krishna performed the last rites of those killed in battle to liberate their souls and provide them moksha.

Pehowa is a very ancient town, believed to pre-date the Mahabharat War by many centuries as it flourished on the banks of now dried up Saraswati River in those days. By the time of the Mahabharata war, the river had long dried up, yet was still a very holy place where people offered "Pinda Pradhan" to their ancestors. It is still called as "Pitrudhak Teerth" and was the holiest place for these oblations to be done much before Prayag or Gaya as the local legend goes.

Lord Krishna is believed to have taken the Pandavas to this place before the war started and made them take the blessings of Sarasawati Mata and of their ancestors. Presently, the river does not have any inflows nor outflows and is stagnant. The Pillars on the entrance to the Saraswati Temple date many centuries. Saraswati Sarovar is located in this town, where people perform pooja and religious rituals.