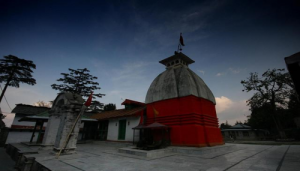 Gallery
Home explore from - to - Pauri

Pauri provides a panoramic view of the snow-covered Himalayan peaks of Nanda Devi and Trisul, Gangotri Group, Thalaiya-Sagar, Nilkantha, Bandar Poonch,Swargarohini, Kedarnath, Kharcha Kund, Satopanth, Chaukhamba, Ghoriparvat, Haathi Parvat, Sumeru, etc. The errand across Kandoliya-Tekka stretch along evergreen deodar trees is worth walking. The town is visited by tourists, researchers and students from across the world.
The place is paradise for trekkers, paragliding enthusiasts and nature lovers.

Pauri was the administrative capital of East India Company in the Garhwal Region.

March till November as the weather remains pleasant during this entire period.

The Pauri Ramlila is one of the oldest plays, in the Uttarakhand region. The play portrays the life of Lord Rama as described in Ramayana. Pauri's Ramlila enjoys a unique place in the history of Garhwal region. It was begun by, Mr. Tara Dutt Gairola and Dr. Bhola Dutt Kala, the famous social activists. The first play of Ramlila in Pauri began in the year 1883-84.