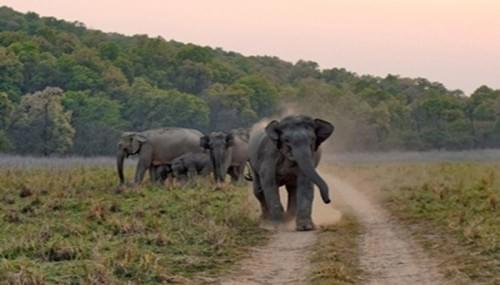 Gallery
Home explore from - to - Munger

Munger also known as Monghyr is a town in the state of Bihar in India. It is the headquarters of the Munger district and is an important town of the region. The town was popularly known as Monghyr during the British rule.

There is lot of history associated with the town.  Munger is known to have been found in the 4th century by the Gupta Emperors. There is a fort here which still houses the tomb of Shah Mushk Nafa - a famous Muslim saint. In addition, the town is known to have been the capital of the Nawab of Bengal, Mir Qasim who built it to protect his arsenal and palaces.

The town is bordered on three sides by the River Ganga, except for the south. To the southeast of the town lies the popular town called Sultanganj, while the well-known town of Jamalpur lies southwest to this town. It is known for its many manufacturing units and iron articles like swords and firearms have been produced here since ages.

This town is also known to be the home to one of the oldest and largest railway coach manufacturing units in Asia. The ITC cigarette factory is also based in this town.

The Madarsa Rahmania which is considered as the oldest and most renowned Islamic schools in Bihar is centred at Munger. Bhimband, a popular picnic spot is a beautiful scenic place located near Munger. The town itself has quite a few water bodies in and around it which makes it a nautrally abundant place with greenery all around. The many streams of hot water and cold water that originate from the nearby mountains at this place merge finally into the River Ganga.