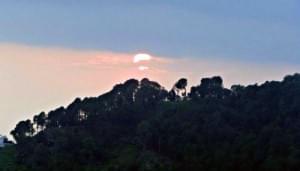 Gallery
Home explore from - to - Mcleodganj

In the year 1960, Dharamshala became a temporary headquarters to the Noble Laureate His Holiness the 'Dalai Lama'. Now, Dharamshala is internationally acclaimed as ‘The Little Lhasa in India’. With a number of Tibetan settlements and the residence of the 'Dalai Lama', Dharamshala has truly become ‘the land of the lamas’.
McLeodganj of Dharamshala has become the educational and religious centre of Tibetan Buddhism. McLeodganj consists of scores of Buddhist Gompas (monasteries, nunneries and learning centres) and ancient Hindu and Jain temples.
Best time to Visit
September to October and again from March to June. The summer months are best suited for activities like sightseeing and trekking. Another good time to visit is during the festival of Drukpa Teshi, which is held in August/September.