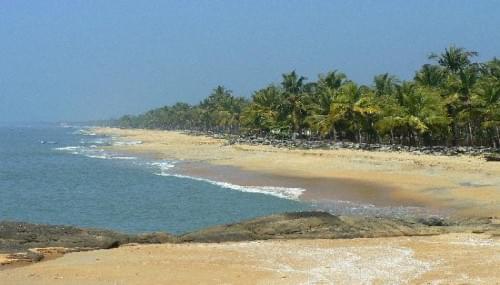 Gallery
Home explore from - to - Kozhikode

Kozhikode is a famous district in the north part of the state of Kerala in India. Often referred to by its old name of Calicut, this was a vital area in Malabar in the past.

The name Kozhikode derives from “Koyil”, which means Palace and “Kota”, which means Fort. Different people know this place by different names, “Kalikooth” in Arab, “Kallikkottai “in Tamil and “Kalifo” in Chinese. The city however is more commonly addressed by its Anglicized version “Calicut”.

Vasco Da Gama found the place in 1948, when his portages navigator discovered the same accidentally. This historical landing of Vasco da Gama with his team of 170 men and 3 sailors is epicted by the construction of a monument that commemorates the arrival.

Kozhikode was the capital of Zamorins and was a famous centre for trade and commerce. This place is known for being the first sea route discovered to reach India by the outside world.

Kozhikode surroundings are quite breathtaking with the Arabian Sea in the west and Wayanad hills on east. The serene beaches, historical monuments and lush green environment have made Kozhikode emerge as the popular tourist destination in Southern India.