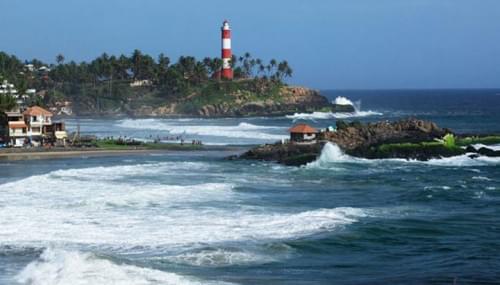 Gallery
Home explore from - to - Kovalam

The town of Kovalam is situated along the Malabar Coast in the state of Kerala in South India. Kovalam is a famous beach destination visited by Indian and international tourists all round the year. It is 15 km from the capital city, Thiruvananthapuram.

The word ‘Kovalam’ in Malayalam stands for ‘a groove of coconut trees’. Kovalam was a cluster of small fishing villages during the pre-Independence era that belonged to the state of Travancore. The earlier history of Kovalam is very obscure.

Kovalam shot to fame during the 1970s, during the era of the hippies. The town witnessed a heavy influx of hippies taken in by the beauty of the place. Since then, Kovalam became famous among international tourists. Some small fishing villages still exist in Kovalam which are at a distance of 4 km from the beachfront.