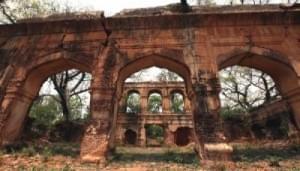 Gallery
Home explore from - to - Kathua

Kathua is a city in J&K. The word "Kathua" is derived from the word "Thuan" in Dogri which means "Scorpions". Some believe that its name is derived from the name of Rishi Kashyap who disguised himself as a tortoise (kashua) for strong meditation. Kathua is also called 'the city of Sufis' owing to the presence of large number of Sufi Shrines of Peers.

Owing to the existence of a large number of Sufi shrines, Kathua is dubbed as the City of Sufis. The city is beautifully situated on the bank of river and offers itself as one of the best places to visit in Jammu & Kashmir. True to its title, Kathua houses several religious places including Jasrota temple (inside Jasrota fort), Mata Sundrikote, Mata Bala Sundri, Sapt Sarober and Airwan temple. A recreation park called Dream has also been set up in Kathua promising an enthralling rafting experience. The Ujh Barrage located 20kms away from Kathua is an idyllic picnic spot. Kathua also invites the history lovers to Jasrota Fort to witness the grandeur built tastefully by Maharaja Ranbir Singh. Also the temple of Maha Kali in the Jasrota village has emerged as a popular pilgrimage centre in the region. Kathua is a perfect blend of culture and tradition and offers an authentic picture of Jammu and Kashmir.