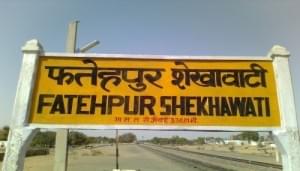 Fatehpur Shekhawati in Rajasthan is a small town of the district of Sikar of  Shekhawati region.

As the name suggests Fatehpur was established by Nawab Fateh Khan in year 1451,  later the same was conquered by Shekhawat Rajputs.

Fatehpur is also called the culture capital of Shekhawati.

Shekhawati are the months from October till March