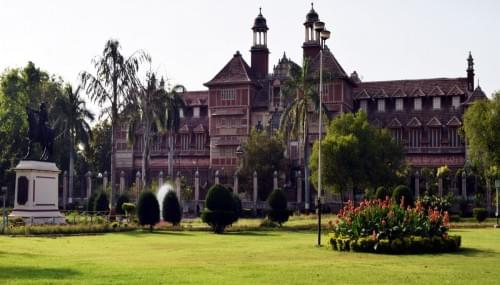 Gallery
Home explore from - to - Baroda

Vadodara, also known as Baroda, is one of the popular cities in Gujarat along with Ahmedabad and Surat. The city is located on the banks of the Vishwamitri River, the water stream named after rishi Vishwamitra. Located at a distance of 120 km from Ahmedabad, the city is one of the important centres of western India.

The name Vadodara is a dedication to its former ruler, Sayajirao Gaekwad III (1875-1939 AD). It was called as Chandravati, after its ruler Raja Chandan, then Viravati, which means ‘house of the brave’ and Vadpatra, as it featured plenty of banyan trees. The present name of Vadodara originated from Vadpatra.

According to historians, Vadodara's history is over 2,000 years old and the city has been ruled by Hindus, Pathans, Mughals and Marathas. The city houses different language speaking populace such as Gujarati, Hindi, Marathi and English.

Baroda saw the settlement of traders during 812 AD and was dominated by the Hindu kings until 1297. During the early years of the Christian era, the town was ruled by the Gupta Empire and was taken over by the Chalukya Dynasty. With the spread of Muslim rule in the country, the city was ruled by the Delhi Sultans who were later overthrown by Mughal emperors. Finally, the Marathas took over the region from the Mughals.