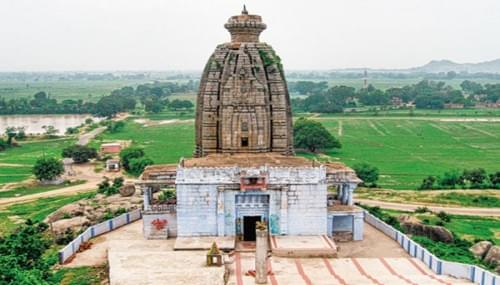 Gallery
Home explore from - to - Aurangabad

Aurangabad is a city located in the Northcentral region of the Maharashtra state. The name Aurangabad was given, when Aurangazeb started ruling over this place. The city is also known as “the city of gates” as 52 gates were built during the Mughal era.

Aurangabad has a very rich history, dating back to the 2nd century when Paithan a nearby town was the capital of the Satvahana dynasty and Daulatabad which is located in Aurangabad was the capital of the Yadava dynasty. Later for a long period of time, Aurangabad was under the rule of the Delhi Sultanate. The Ahmadnagar Sultanate took over and the place was named as Fatehnagar, after Fateh Khan – son of Malik Amber (established Aurangabad). This was the golden time of Aurangabad when the city flourished in terms of architecture, art, and culture.

Later the Mughals captured the region and Aurangazeb renamed the city as Aurangabad. The rule then shifted between the Mughals, Marathas, and Asaf Jahi dynasty, until it fell under the hands of the Britishers.

Aurangabad is well connected by road, rail, and airway. There are flights of major towns in India. Aurangabad has the advantage of being centrally located. Therefore, the major cities like Pune, Nashik, and Mumbai are located within the 500 km radius.

The major industries in Aurangabad is the production of cotton and fine silk. The Khadi and Hemroo textile industries are also very much developed. Paithani silk sarees that are recognized nationally are also produced here.

The summers in Aurangabad are very hot, while the monsoon and winter has a moderate climate. The best time to visit Aurangabad is from October to February.

The influence of the rule of various dynasties is seen in the culture of Aurangabad. Most people speak Marathi, Urdu and Hindi, people also speak Dakhni – Hyderabadi Urdu dialect.

The food of Aurangabad is a classic mixture of Mughalai, Hyderabadi, and the Marathwada cuisine. Meat and Biryani is a must-have in Aurangabad. Naan Qalia is a type of naan that is eaten with mutton is associated with this city.

One should also definitely try Paan at Tara paan center, which offers a variety of Exquisite paan ranging from Rs 20/- to 5000/-. Paithani silk sarees, Himroo and Mishroo shawl, Khaadi clothes and Bidri pottery are other items to shop from Aurangabad.

Aurangabad has an amalgamation of Buddhist, Mughal as well as Hindu Architecture. The famous caves of Ajanta and Ellora, which are a part of the UNESCO world heritage site are located 29 km and 107 km from the city.

The Ellora caves consist of 34 rock-cut caves built between the 5th – 10th centuries by the Rashtrakuta dynasty.

The Ajanta caves are the finest example of Indian art, built between the 2nd- 5th centuries by the Satvahanas, Vakatakas, and the Chalukyas and consist of 30 rock-cut caves. Other historical monuments include Aurangabad caves, Daulatabad fort, Bibi ka Maqbara (A replica of Taj Mahal), Khuldabad fort, Tomb of Aurangazeb, Malik Ambar’s Tomb, etc.

Out of the 52 gates that were built, only 13-15 has survived over a period of time. The important and architecturally appealing ones are Delhi Gate, Kala Darwaza, Makia Darwaza, Paithan gate and the Rangeen Darwaza.

The religious monuments include the Girneshwar temple (one of the 12 jyotirlingas), Kachner Jain temples, and Shuli bhajan (It is believed that Sant Eknath Maharaj carried out his Tapasya here).