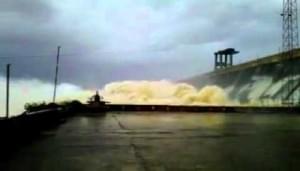 Gallery
Home explore from - to - Sambalpur

Sambalpur is situated in the eastern state of Orissa in India, is the 5th largest city by population in Orissa and is the headquarter of Northern Revenue Division & of Sambalpur district. Sambalpur is situated on the bank of Mahanadi River. Sambalpur is the Western Orissa region's administrative, commercial & educational hub. The city contains many famous temples, historic buildings and parks. Sambalpur is famous for some of premier educational institutes like Sambalpur University,VSS Medical College,VSSUT or Burla Engineering College,Gangadhar Meher College & University & Indian Institute of Management-Sambalpur. Hirakud Dam, the longest earthen dam in the world and the largest artificial lake of Asia is situated at Hirakud In 1849, Sambalpur State came under the British rule by the application of Doctrine of lapse after the death of last Maharaja Narayan Singh. Veer Surendra Sai of Sambalpur played a very important role in the freedom struggle.He led a revolution against the British East India Company even before Sepoy Mutiny in 1857.He is known as Lion Of Orissa. Sambalpur derives its name from that of the Goddess Samalei , who is regarded as the reigning deity of the region. The region in which Sambalpur city is located was also known as Hirakhanda from ancient times. In history, it has also been known as 'Sambalaka'. Claudius Ptolemy has described the place as "Sambalak". The best time to visit the destination is from October to March.