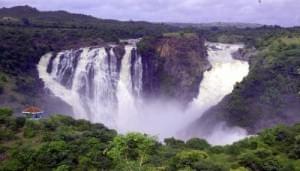 Gallery
Home explore from - to - Rewa

Rewa is another name for the Narmada River. The district with its present boundaries came into existence in 1950.

The territories now included in the district were held by the imperial Maurya dynasty which ruled in the 3rd century B.C. In the advent of the Kalchuris from the 9th to the end of 12th century. The Baghela king driven eastwards by Ulugh Khan, brother of the emperor Alauddin in the 13th century appeared in this Baghela kings till the abdication of the Crown by the last successor of the dynasty, Martand Singh.

After the country became independent, the Rewa ruler acceded to the Union of India.