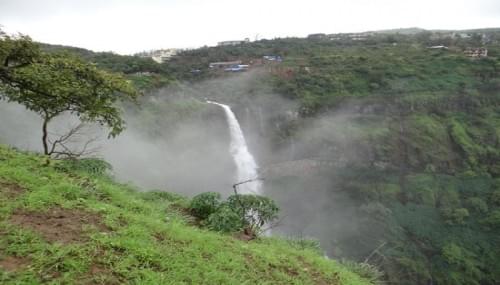 Gallery
Home explore from - to - Panchgani

Panchgani also called as Paachgani is a popular hill station in Maharashtra. It is a twin hill station of Mahabaleshwar. The place was aptly named as “Panchgani’’ as it is a piece of land located between 5 hills.

Panchgani was discovered in the 1860s and was developed then by John Chesson during the British Raj. It was identified as a summer resort due to its pleasant climate.

Chesson invited many professionals from different fields to come there and settle and built the necessary infrastructure for them. He also planted many Indian and western species of plants here. As the hill station developed by different communities stated a number of schools here in the 19th century. Today, Panchgani is renowned for its many premier residential educational institutions.

Panchgani is nestled between the 5 hills in the Satara district of Maharashtra. River Krishna flows between the surrounding valleys.

Panchgani is very well connected by roadways. It is situated around 100 km from Pune and 250 km from Mumbai. The elevation of the hill station is 1,293 m above sea level. The atmosphere in Panchgani si untouched by pollution. Thus the climate in this region is very beneficial for the people who are recovering from allergies, asthma, and tuberculosis.

A center for treatment of TB patients was set up here in the 1940s by a famous TB specialist from Bombay; TB patients from across the country come here for pleasurable recovery. The place not only heals, but also rejuvenates the mind.

The best time to visit Panchgani is from September to May. Summers are comparatively cooler here and the winters are mild. People also flock the place in monsoon to lose themselves in the lush greenery and the wet soil.

Panchgani has many buildings and monuments whose architecture is inspired by the British era. The most popular place in Panchgani is the Table Land/ Table Mountains. This volcanic plateau is the second-highest in Asia after the Tibetian plateau. This plateau was raised by the pressure between the earth and the tectonic plates.

Various adventure activities are popular here like – hiking, parasailing, paragliding, horse riding. If you wish to indulge yourself in boating Dhom Dam is a place here. The Sydney point and the Parsi point will give a wonderful view of the Dhom Dam backwaters and the Krishna valley.

Other tourist places include the Devil’s kitchen (Bhim Chaula) associated with the epic of Mahabharata, Krishna valley, and the Harrison valley. Sherbaugh is a naturally designed landscape and a children's park. One also can’t miss the monsoon born waterfalls around – the famous one being the Bhilar waterfall.