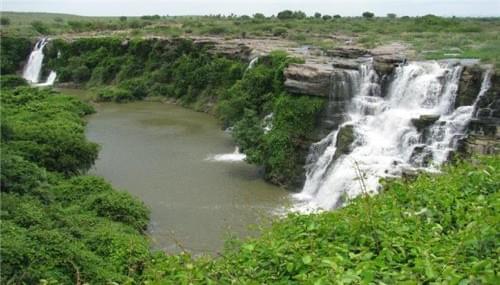 Gallery
Home explore from - to - Nalgonda

Nalgonda is city situated between two hills in Telangana. Nalgonda was earlier called Neelagiri by Rajput rulers and the name was finally changed to Nallagonda after its conquest by Bahamani king. The city's name is derived from two Telugu words: nalla ("black") and konda ("hill").  It is known for its various hill forts. It is aso famous for its historical monuments and religious places.