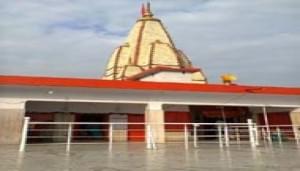 Gallery
Home explore from - to - Moradabad

Moradabad citywas established in 1625A.D. by Rustam Khan and is named after prince Murad Baksh, son of the Mughal Emperor Shah Jahan. Itis situated on the banks of Ramganga river.

The city is known as Pital Nagri, ("Brass City") for its famous brass handicrafts industry.

Moradabad was established as an office for the Chaupala pargana during emperor Akbar's regime. In AD 1624 it was captured by Rustam Khan, the then Governor of Sambhal who named it Rustam Nagar. Later, in AD 1625 its named was changed to Moradabad, after the name of prince Murad Baksh, the son of Mughal emperor Shah Jahan.

A mosque named Jama Masjid was constructed in the city by Rustam Khan for the Mughal emperor.